The path toward regulated online poker and casino sites in Pennsylvania took a decided step forward on Monday, as the Pennsylvania Gaming Control Board is now accepting applications for Interactive Gaming Certificates.

The first round of the application process is only open to the state’s licensed land-based casino, of which there are currently 12. However, there are 13 all inclusive licenses available, as an additional land-based casino in the state (Live! Casino and Hotel Philadelphia) is in the works.

Casinos will have precisely 90 days to petition for a certificate, during which time they will be required to fork over $10 million to apply for a license spanning poker, slots, and table games. Poker and table games will be taxed at 16%, while slots will be subject to an onerous 54% tax rate. The tax rates parallel what land-based casinos currently provide to state coffers.

After the initial application process concludes, land-based casinos will have an additional 30 days to procure an individual categorical license, at a rate of $4 million per license. This round will conclude on August 14, after which an authorized gaming entity, which is really just another way of saying an out-of-state entity, can petition for any remaining certificates.

Applications may come in slow at first

Although there are already a number of confirmed partnerships among Pennsylvania land-based casinos and iGaming platform providers, it wouldn’t shock if the first applications weren’t submitted immediately.

For one, operators still may have questions regarding skins. Recently released temporary regulations state that certificate holders will be allowed to support unlimited skins, however there are some ambiguous restrictions baked into the regulations that may cause applicants to take pause.

Additionally, not every casino is going to want to pursue an online poker license. Online poker has struggled mightily in New Jersey, currently accounting for less than 10% of total online gambling revenue. And while the recently announced launch date of interstate player pooling between NJ, Nevada and Delaware should make PA casinos feel better about the future of regulated US online poker, it’s difficult to see lesser known brands taking the plunge.

Currently there are no plans for Pennsylvania to merge its prospective online poker players with players in other states, but a liquidity sharing pact does feel imminent.

Finally, platform providers won’t be able to submit their applications until June 4. Casinos may want to take a portion of the intervening period to shore up their alliances.

That being said, it does appear that at least a handful of casinos will waste little time getting their applications in order. These include SugarHouse Casino, Rivers Casino, Harrah’s Casino, Mohegan Sun Pocono, Mount Airy Casino and Parx Casino, all of which either have confirmed iGaming partnerships or existing operations in New Jersey. 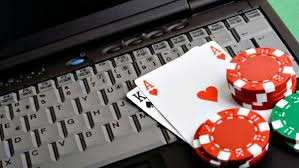 When will the first PA online gambling sites launch?

Until the first applications are accepted by the PGCB, it will be difficult to pinpoint when the first sites will go live.

What we do know is that if Pennsylvania is anything like New Jersey, the period between the first certificates being awarded and the go live date will be a short one. In NJ, Borgata was the first casino to receive an Internet Gambling Permit in early October. It was just six weeks later that Borgata Casino, Borgata Poker and a whole slew of other first round casino and poker sites began their soft launch testing period. Five days after that, on November 26, 2013, they were officially open for business.

Given that out-of-state entities cannot apply for certificates until mid-July, we expect the first wave of regulated iGaming sites to consist exclusively of land-based brands and operators partnered with land-based brands. This will allow the states’s homegrown casinos to get a leg up on the competition, which may very well be welcomed, considering its plausible that iGaming powerhouses in NJ like Golden Nugget and Borgata may swoop in and procure any leftover licenses.

In the spirit of predictions, our best guess is that Pennsylvania players will be plunking down their first real-money wagers sometime around November, a full year after iGaming was legalized by state legislators.